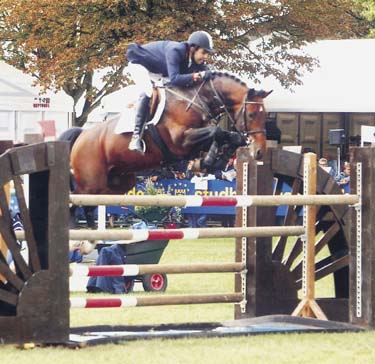 His sire;  Acobat II A model stallion, full brother to Acobat I (ridden by Jos Lansink), with superb elastic movements and is a natural equestrian horse. The offspring of Athlet Z have already earned more than 1 million Euro's at the jumping events. Acobat II won 26 events as a 5 and 6 year old and as a 7 and 8 year old was already a competitor at the S jumping level. Various offspring, of this stallion, have already won in the championships. For example, 'Italia' won the German championships in Warendorf for the five year olds.

The Grand sire is Le Mexico’s son Silvano, who jumped at the highest level and was successful in Grand Prix and World Cup. He has amply proved himself in breeding.

Hanassi xx is one of the first thoroughbreds to have sired KWPN jumping horses; e.g., Sanyo Galaxi, Tower Lands and Anglezarke

He sired an RDS winning foal and in 2003 this filly finished 3rd of 20 in the Yearling class in Balmoral.

Suma's Alaska (ex Whippy), has won her 2nd 1.10 class in the UK with Ivan Dalton from Dave Quigley's yard.  85 starters, they go to timed jump offs straight away. Before leaving Ireland, Alaska was placed 8th overall in the Young Event Horse class at Punchestown.  One judge commented she was the only Jumper there! 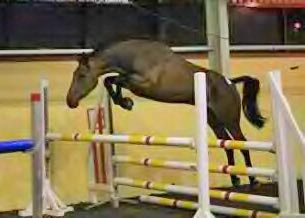 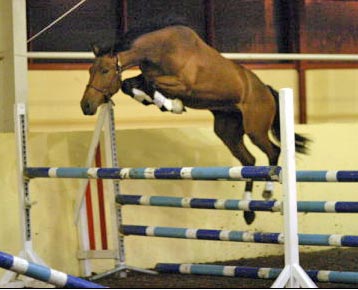